Angels and demons, light and darkness, yin and yang, good and evil—whatever you choose to call it, the state of one’s interior life tends to be dominated by one or the other. In the interests of this blog, I’ll refer to them as the good spirit and the bad spirit, i.e. invisible forces that recognize our deeply held desires and subsequently attempt to influence/predispose us toward particular courses of action.

Through my ED and subsequent recovery process, I have come to identify the good spirit as the inner voice that is quiet, patient, gentle, at times insistent but never forceful or aggressive, and always compassionate and encouraging. The good spirit only seeks to lead one toward a place of greater peace and freedom, not unlike a trusted confidant who celebrates one’s victories in happier times, and during challenging moments gently but persistently nudges one back to a place of greater awareness and reason.

The bad spirit, on the contrary, can be likened to a cruel drill sergeant—brash, authoritative, pushy, inflexible, disparaging, dismissive, and fond of using imperatives such as ‘must/should/have to’ to drive home the message that there can be no other way. Its ultimate aim is to disrupt, cause chaos, confusion, and disquiet, so that as a result one is less able to make a rational decision and more likely to accept ‘quick-fix’ solutions that ultimately do more harm than good.

Being aware of the good and bad spirits’ respective qualities have been extremely helpful in guiding me in making well-discerned decisions. The only problem, however, is that things are rarely this straightforward. And things get particularly tricky when the bad spirit tries to pass off as the good spirit, otherwise known as the ‘false angel of light.’

The false angel of light is exactly that: false. It’s also a great actor, with great versatility and shape-shifting abilities befitting the scenario. Mostly it preys on a person’s overarching desire to do what is ‘right and good,’ and nudges one to act out one’s ‘noble’ and ‘beneficent’ intentions even if what follows is entirely irrational. It starts off gentle and persuasive, “Oh but wouldn’t be so much more loving/kind/[insert synonym] of you to do [X]?” though along the way the unmistakable “you must” tone emerges, along with threats such as “if you don’t do [X], you’ll have failed in being loving/kind/righteous, etc.” And then you understand why you’ve had such a bad gut feeling this whole time—that was hardly the good spirit at work. Time for a U-turn.

Lord knows the many occasions that I’d been fooled by the false angel of light, and unwittingly entered into a ‘dance with the devil.’ Here is my story of one of those times.  END_OF_DOCUMENT_TOKEN_TO_BE_REPLACED 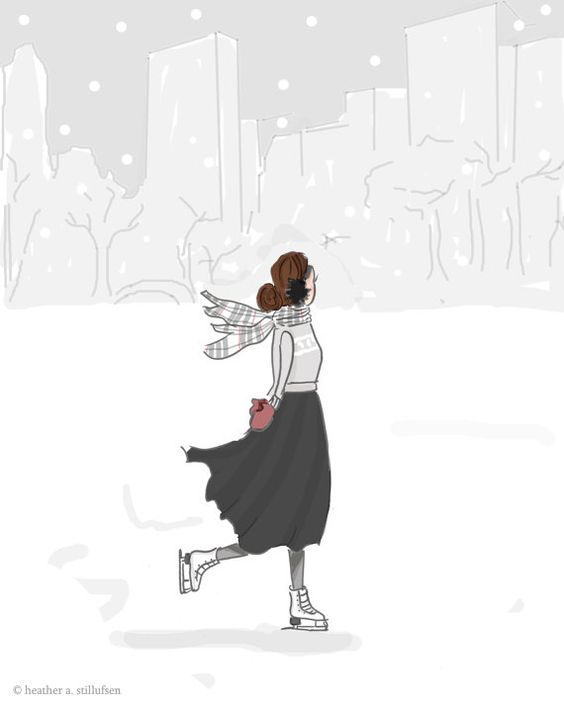 It’s bright and early in my condo gym and I feel good about carving out a quick 30 minutes for myself before the madness of the work day begins. Given my ED history, exercise is something to be approached with utmost caution. Notwithstanding some five years into my recovery, I remain easily triggered. The mere act of slipping my feet into running shoes or placing my hands on a treadmill’s handlebars often bring me back to a time when exercise was a means of purging what I ate, and the gym was my torture chamber of choice. Nonetheless, each time I manage not to awaken the sleeping dragon is an inch closer toward normalizing exercise, and an achievement unlocked.

This morning, I’m pedalling away on the stationary bike while meditating with a rosary app on my phone. However, the gym’s usual peace and quiet is interrupted by the cries of a baby—sounds I don’t expect to hear in a place like this. Craning my neck to trace the source of the discomfiting wails, I spot a pair of chubby legs sticking out of a stroller. They belong to a baby girl seeking her mother’s attention. Bored with her rattle and chewing toys, the infant is presently tossing them in the direction of a thin lady who’s pounding the treadmill with dogged determination. Twice, the toys bounce off the machine and land on the floor, making the baby more hysterical, but the mother—still plugged into her headphones—only casts a perfunctory glance over her shoulder. She’s scrawny and bears an uncanny resemblance to Jennifer, down to those hollow eyes and protruding cheekbones, and the sight of her instantly makes me uneasy.

When the baby’s mother finally gets off the treadmill, everyone around seems to heave a unanimous sigh of relief, but that’s until we realize she isn’t quite done with her workout. The stroller gets moved to another corner of the gym, where she proceeds with an intense routine of crunches and weights. Meanwhile, her baby is squealing in amusement at a man doing burpees, much to his irritation. I spot one or two fellow gym-goers stifling their giggles, but I’m not laughing. In that moment, memories flood my consciousness and I feel a deep sadness.

Because I used to be her.

Anyone who’s struggled to recover from addiction can tell you the aftermath is like skating on thin ice. A glass of wine may seem harmless to the average person, but the sight of it could spell the undoing of a recovering alcoholic. Similarly, what may come across to most as positive pursuits of healthy eating and exercise can be a slippery slope down a sinister path for ED sufferers wont to use health and fitness as smokescreens. Though an ED isn’t strictly an addiction, its addictive nature locks you in a vicious cycle you feel powerless to break free of. When your mind’s taken over by the workings of compulsion—a formidable force no amount of willpower can come up against—compulsive behaviors such as fastidious calorie-counting and excessive exercising manifest. Years go by and one day, tired from running but getting nowhere, you wake up and wonder when you became a hamster on a wheel, locked in a cage.

For most addictions, the straightforward approach is to identify a trigger and go cold turkey on it (i.e. abjuring the very substance you’ve been abusing, such as alcohol or drugs). But how do you ever cut out food, the very thing you’ll die without, but which is killing you? I learned quickly that in regard to ED recovery, the cure lies in the poison—not only do you not get to escape your demons, you have to learn to live with them. Like it or not, it was time for me to call a truce with eating and my body.

Very much like uninstalling programs on a computer, I had to empty my brain of all “knowledge” about food and exercise that I once held as sacrosanct. Like an infant who identifies a hunger signal and knows to cry for milk, then settles down when sated, the new rule was to only eat when hungry and stop when full. Suffice to say this was no walk in the park for someone so accustomed to denying her hunger pangs and gorging to the point of pain. In the process, I came to view food through a different lens. Whatever I used to believe were “good” and “bad” foods seemed irrelevant when I applied the principles of moderation, be it in terms of consumption or my attitude in general. When food wasn’t abused in abnormally large quantities to trigger a chemical reaction (binge eating), or withheld and constricted to keep my body weight unnaturally low, this betwixt-and-between state was where food and I learned to peacefully coexist.

The gym door closes with a thud, and I realize the mother and her baby have left. I hop off the stationary bike and decide that I too am done for the day. It hasn’t been a vigorous workout by any means, though all the baggage unlocked over the course of the morning has exhausted me.

As I exit the gym, I look back at the man on the floor, still doing his burpees, and I can see how that might look funny to a baby. Perhaps there is much wisdom to glean from infants: eat when hungry, stop when full, laugh when funny.

Sometimes I think we forget to do any of these things.

Once upon a time, there was a girl who went to bed and had the same dream every single night. In it, she sat on a swing in the sky. She had no idea what held the swing aloft, nor what lay beneath her feet and the layers of fluffy white cloud that stood between her and the great unknown. With each swing, she felt an increasing urge to let go of the ropes and take the plunge to find out. But each time her fingers loosened their grip, fear would seize her. What if the world under the clouds was a terrible place, and she could never return to the sky? She’d be ‘safe’ as long as she held on, she reckoned, albeit forever wondering.

One day as she sat swinging and wondering about the world beneath the clouds, she heard a creaking sound. The seat of her swing was giving way and its rope handles were unraveling. Before she knew it, she was diving headfirst into the clouds, and about to find out, once and for all, about that place she’d longed to but never dared visit. The fall was terrifying, and she feared the extreme pain she’d feel from a hard—possibly deadly—landing. All the way down, she kept her eyes tightly shut.

However, she had a sudden thought. Since she was about to die, she might as well catch her first (and last) glimpse of this mysterious new world she’d been so curious about. Better that her final moments be filled with awe and wonder than terror and dread.

But as she began to open her eyes, the girl would be jolted awake from her dream.

During yesterday’s session at Singapore Writers Festival, I finally found out how that dream ends.

The girl didn’t die. In fact, she’d been flying all along—with wings she never knew she had. No longer did she need rope handles to grasp on to, nor whatever it was that kept the swing suspended, and her safe.

As for the world beneath the clouds? It was more beautiful than she could imagine. She’d landed safely, and with her feet planted firmly on the ground, she realized how much prettier the clouds looked from where she stood.

So there she decided to remain. On earth.

Thank you to everyone who came for my storytelling and/or sharing, and those who supported me in your own unique way.

With all my love and gratitude,