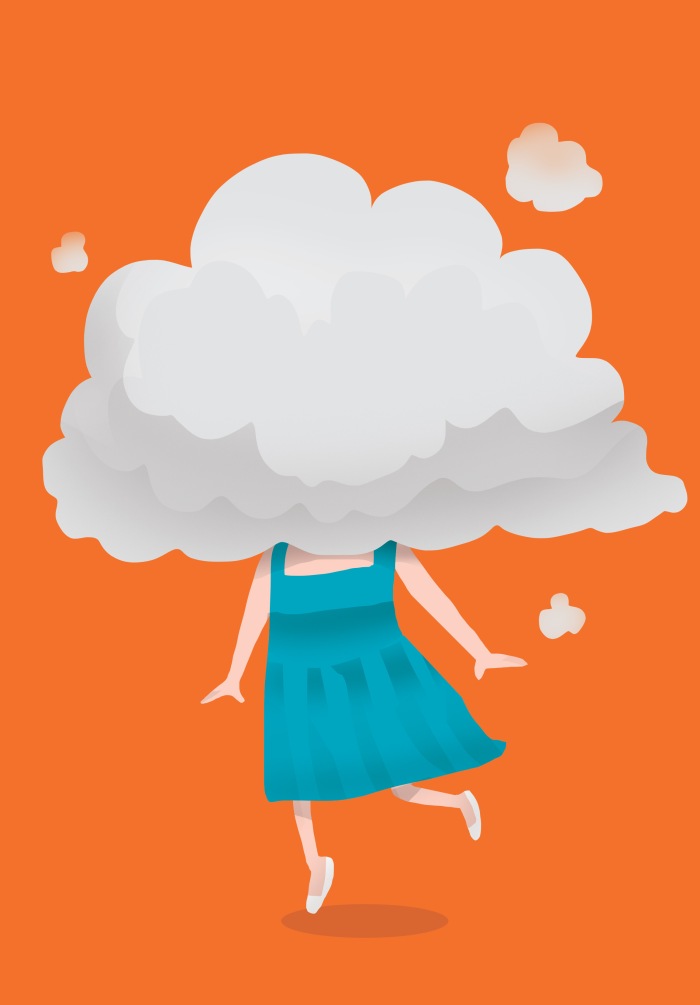 Ever had brain fog?

There was a time when I was a picture of calm and collectedness;  when ‘focused’ and ‘task-oriented’ were traits I strongly associated myself with. The only time I ever remember my eyes glazing over was during lectures on ‘Understanding the Universe,’ a cross-faculty module I took at Uni which entailed planets, stars, galaxies and cosmology. Suffice to say I did not and probably still do not understand the universe. But astrophysics aside, I’ve been told I’m decent, even good, at project management. If nothing else, I can compose a mean to-do list and check items off with efficiency and ease.

So perhaps things got fudgier when multiple spheres of life started to overlap, as they tend to do, and this is where I’m beginning to see my limits.

Maybe I never quite recovered from pregnancy brain, or it got worse after having my second child, but these days, I find myself walking around in some sort of auto-pilot mode I can vaguely describe in IT speak as ‘overdrive on screensaver.’ Mostly it involves me going through daily routines with an unsettling sense of being adrift, not entirely present, and oftentimes forgetful. Very forgetful.

Yesterday, my son was to have a make-up Chinese tuition class. My helper had remembered and so had my mum (since he takes these classes at her home after school). When his tutor sent a friendly Whatsapp reminder in the morning, I assumed everyone else had forgotten and had not made the prior preparations (when they in fact had), so I cancelled the session, to the general confusion of all involved. Earlier this week at work, I brought my make-up pouch out on lunchbreak instead of my wallet. And just last weekend, I bought dinner for everyone at home except myself.

It would be convenient to make this about having expended my mental bandwidth as a full-time working mum, and now, aspiring author. About how, after clocking full days at the office, it’s a terrible strain having to remember everything (mostly dates: the scheduled and the re-scheduled)—from the kids’ doctor/dental appointments, to words on weekly spelling tests, to school excursions and other extracurricular lessons for piano, Chinese and swimming, among many others—in a list that only gets longer. In addition, my ego takes a beating when I see other working mums managing all these, and more (children), with aplomb. Asking why I’ve been faring ‘worse’ has proved a pointless exercise.

“What’s on your mind?” my hubby asks, to which I reply, “Oh you know, everything.” “Write it down,” he suggests, and I grab my journal and scribble: “Feeling horrible. Period must be coming.” I could visit WebMD to self-diagnose myself with an incurable thyroid condition or hormonal disorder, or I could make light of my stupor-tinged lucidity with humor. I’ve chosen the latter. For now.

Anyhow, I don’t think the situation is as dire as I present it. Even if I get my dates and appointments mixed up, my mind’s been plenty active, albeit not about immediate matters at hand. Perhaps as some self-defense coping mechanism, my brain decided to subconsciously ‘tune out,’ directing me instead to the following 10 things (mostly fun stuff).

END_OF_DOCUMENT_TOKEN_TO_BE_REPLACED

“Every rose has its thorn, just like every night has its dawn.” As a young girl, I listened to my brother sing and play this Poison ballad on his guitar almost daily, and the melody and words are coming back to me today as I celebrate the small wins in the midst of life’s everyday challenges. 🌹

All text © Rachel Tey and racheltey.com, 2014–2021. Unauthorized use and/or duplication of this material without express and written permission from this blog’s author and/or owner is strictly prohibited. Excerpts and links may be used, provided that full and clear credit is given to Rachel Tey and racheltey.com with appropriate and specific direction to the original content.