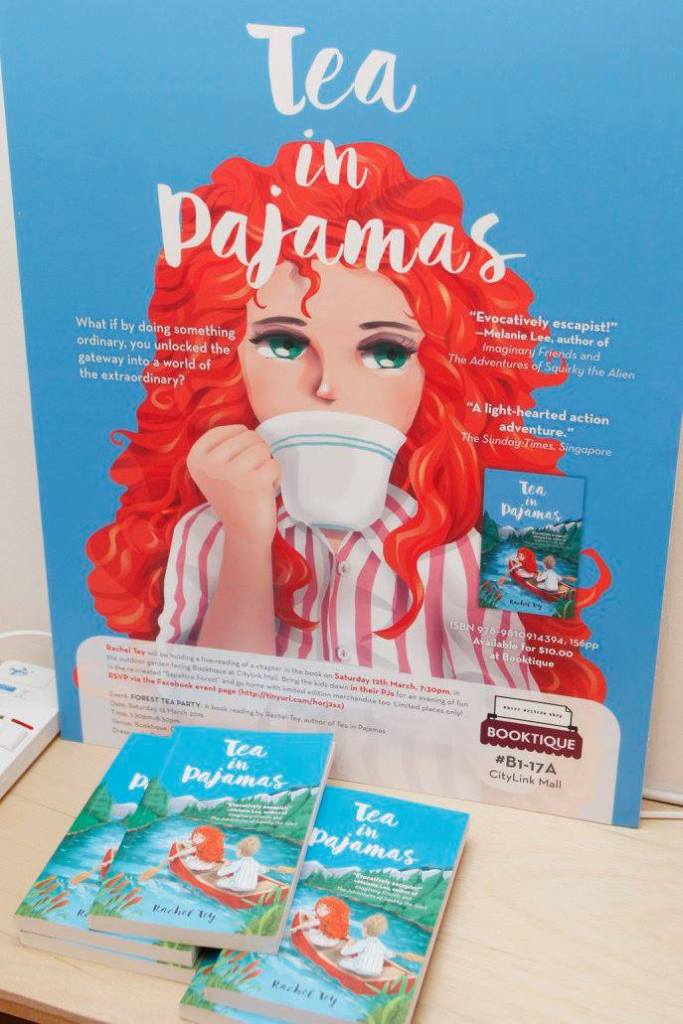 It’s been awhile since I posted an update on Tea in Pajamas, or life in general. Truth is, after the back-to-back book readings at West Spring Primary and Booktique earlier this year, I needed to slow down a bit and catch my breath. By around April, all 300 copies of the book’s first print-run in Singapore had sold out (it’s still available off Amazon), and booksellers were asking when a reprint was scheduled—but at the time, some other developments on the job and personal front needed my attention and thus took precedence.

For a period, I anguished about leaving full-time employment, especially over something as random and uncalled for as workplace bullying. But it proved to be as good a reason as any, and besides, opportunities soon came a-knockin’. Finding myself in a now-or-never sort of situation, I shut my eyes and took that proverbial leap of faith.

Long story short, I survived, though it remains to be seen if I will thrive. Nonetheless, I am happy as a clam with my new job(s), which consist of me straddling editorial and consulting work for two local universities and one government agency. Thankfully, I’m able to work from home for the most part, but adapting to this new arrangement has still taken me some time to find my footing. As a result, Tea in Pajamas was left on the backburner for a little bit—at least until I got into the groove of things.

Which is now—nearly four months on, I’m quite ready to revisit Tea in Pajamas. I’ve been extraordinarily blessed in that even though I haven’t been actively hustling, it seems that some people haven’t forgotten entirely about me or my little book. I’d already had it at the back of my mind to contact more schools or organisations for readings, but actually two of them made the first move: the National Arts Council (for Singapore Writer’s Festival 2016); and Holy Innocents Primary School. So that leaves me with my first important task of getting the reprint out.

Anyway, I guess what I’m trying to say in this post is: it feels good to be back. And to answer the many children who’ve asked: yes, a sequel is brewing.